WHAT DOES STRUCTURED WATER DO TO OUR BODIES?

THE SECOND SCIENTIFIC AND MEDICAL CONFERENCE ON THE USE OF FSC, MOSCOW

We offer you some excerpts from the conference held by Nevskaya Lyudmila, Candidate of Medical Sciences, oncologist/immunologist from Minsk (Belarus), who actively uses FSC in her medical practice.

Let’s talk about dehydration, the main problem of today’s humanity.

A few years ago, I found a test that helps quantify the water level in the body. I was shocked to hear how dehydrated the people around me were.

During dehydration, sodium chloride accumulates in tissues to osmotically bind scarce water. It is where the edema comes from. It appears not because of drinking too much water, but because of the lack of it!

When a person drinks a little more water, the swelling increases. It is the sodium chloride that binds the water. But if a person continues to saturate the body with water, a few days later swelling goes away. People say that it makes them go to the toilet much more often. As I always say, water is the best diuretic.

During dehydration, there is a deficit of blood filling in the bloodstream. At that, the blood pressure decreases, which causes hypoxia that affects the brain. The human body activates adaptive reactions and increases blood pressure. But when the doctors prescribe anti-hypertensive drugs, the pressure is decreased.

What happens to the brain? Hypoxia increases.

Neuropathologists around the world start ringing the alarm: hypotensive drugs cause brain steal syndrome. Hence, the number of cases of Alzheimer’s disease and dementia is growing in the geometric progression.

So far, cardiologists, who solicit the support of pharmaceutical companies, maintain their positions. Nevertheless, the solution is simple – you just need to drink structured water!

Atherosclerosis is a compensatory reaction of the body to dehydration.

During dehydration, an adaptive response, cholesterol synthesis increases.  The fact is that cholesterol plays the role of sealant: it seals the walls of blood vessels, helping to retain water, or rather, the remains of water in them. And again, we see lots of cases of cholesterol normalization that happens when a person starts drinking water structured on FSC.

Modern medicine offers hypocholesterolemic drugs (statins) to normalize high cholesterol levels. These drugs have lots of significant side effects and cause depression. The antidepressants prescribed in this case also have side effects, so additional pharmacological correction is required.

As my research shows, stress also increases the body’s water need: the greater the stress, the higher the need.

Thromboses also happen due to dehydration. When people I know tell me that someone died of a heart attack, stroke or pulmonary embolism, I always say that they actually died of dehydration. If people had drunk water correctly, no tragedy would have happened.

Here’s another interesting but sad fact: after the terrorist attacks in 2002, the European Union lifted restrictions on drinking bottles carried on board. It was allowed to carry drinks in containers not exceeding 100 milliliters. Since the water at the airports is very expensive, people began to drink less during their journey. And when we counted the number of «quiet» thrombosis deaths happening after air travel, they were many times greater than potential deaths from possible terrorist attacks.

Dehydration significantly complicates the work of the immune system, as it is difficult for protective cells to perform their functions when the blood thickens.

Every second, nine hundred transformed cells are formed in the human body. They’re not malignant cells yet, but as a result of multiple stages of rebirth, they can become immune-modified. Water is necessary to prevent this process. So when I see the test results of my patients’ water levels sometimes, I say: «It’s not surprising that people with such severe dehydration get cancer, but that they don’t get it.»

Dysuric disorders are often connected to dehydration. If the child has enuresis (night urinary incontinence), unwise parents ask him/her to drink less. I have to explain that extra-concentrated urine irritates the bladder mucosa, which results in involuntary urination. Therefore, under no circumstances should you make a child drink less.

Urinary incontinence in women in menopause is often associated with hormonal imbalances. And that’s a dehydration problem, too. Ultra-concentrated urine irritates the bladder mucosa. Sometimes I need to convince women who have urinary incontinence, saying: if you use menstrual pads, try the opposite tactic – start drinking more water. Those who take this advice, cannot stop thanking me.

Here’s another example from my practice. The man has prostate adenoma; surgical removal is contraindicated. He could urinate only with a catheter. When this man started drinking water structured on FSC, he managed to go to the toilet by himself.

The cause of urolithiasis and cholelithiasis must also be found in dehydration. Normal bile dissolves even glass. The fact that sand and stones are formed in the gallbladder is a violation of the colloidal structure of bile from lack of water. Drinking structured water will cause the stones to fall apart to the sand and the sand to come out.

Gastritis, gastric and duodenal ulcers are diseases that appear due to the lack of water in the body.

When conducting various tests, I was convinced that only structured water can adequately hydrate the body. And there are no competitors for structuring water by Functional State Correctors.

Tap water, bottled water, boiled water, even used at the rate of the minimum required thirty milliliters per kilogram of body weight per day, could not cope with the task of hydration and cannot beat dehydration.

Tea and coffee (containing methylxanthines that have a diuretic effect, and green tea is no exception), sugar-containing beverages, herbal teas, and mineral water cannot cope with dehydration too.

Almost all herbal teas have a diuretic effect, even if this effect is not the first or second item on the list of pharmacological effects.

Once again, the best option is to drink FSC-structured water.

However, there’s one important point: a single serving of water should not exceed 50-70 milliliters (two or three sips). Of course, no one forbids drinking a liter at a time, but only 50-70 milliliters will be absorbed by the body. All the right amount of water to be drunk must be distributed evenly throughout the day.

Ever since my patients started drinking FSC-structured water, I have had many grateful responses.

According to them, if they drink enough water, headaches, head noises, and tinnitus disappear.

The blood glucose level is normalized.

In the history of mankind, medicine was preventive only once, when a doctor of the Chinese emperor was paid money only when the emperor and his family members were healthy.

Functional State Correctors can be considered as a means of preventive medicine.

If every family had such a wonderful device, we would stop thinking of diseases, but of health.

PrevPreviousFUNCTIONAL STATE CORRECTORS, WITH FIVE ELEMENTS
NextWHAT IS THE DIFFERENCE BETWEEN KOLTSOV PLATE AND TESLA PLATE?Next 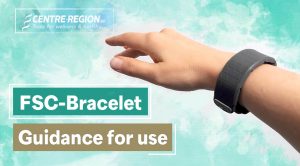 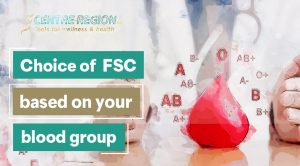 Which FSCs for which blood group? 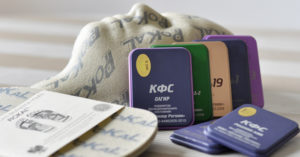 CAN FUNCTIONAL STATE CORRECTORS BE USED IN CONJUNCTION WITH PIOKAL PRODUCTS? 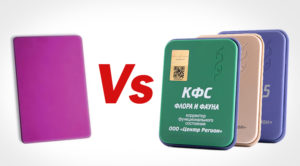 WHAT IS THE DIFFERENCE BETWEEN KOLTSOV PLATE AND TESLA PLATE? 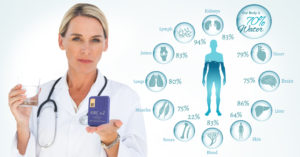 WHAT DOES STRUCTURED WATER DO TO OUR BODIES?