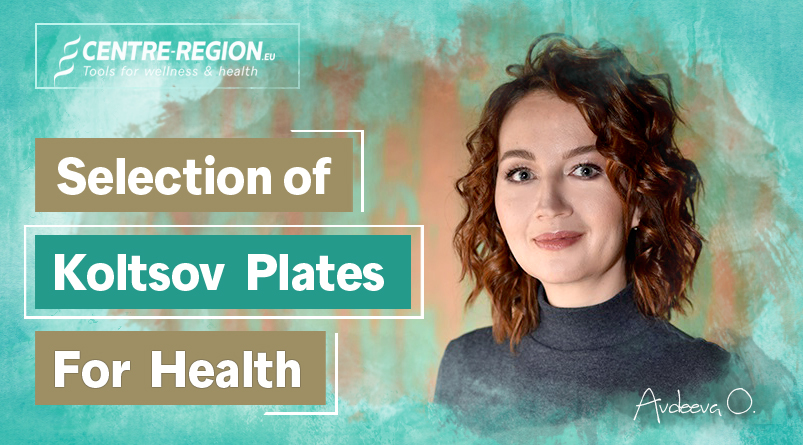 For a healthy cardiovascular system and heart, the best FSC is n° 9 “Healthy heart”. If a pacemaker has not been fitted, this FSC can be worn facing the heart. It can tackle certain complications and situations very effectively.

“Longevity” is a Functional State Corrector recommended for the prevention of strokes and heart attacks, and for their correction if these cardiovascular problems have already occurred. It is a key Koltsov plate for people with these risk factors.

FSC “Pearl of Serbia” is very good at boosting the peripheral blood flow if the vascular capillary bed is damaged, or in the case of pre-existing fibrous tissue disorders. It is often the case with overweight men and women that these fibrous areas have already formed on their legs. In other words, the capillary blood vessels no longer provide the tissue with nutrients. People who suffer from diabetes and atherosclerosis should probably include this FSC in their kit because it supplies all the organs with nutritional substances. With the help of this FSC, a healthy vascular capillary bed is created, the capillary blood vessels grow and bring the right nutrients to the right places, and blood flow and cell nutrition are restored. This is a very important point.

One of the main roles of  FSC “Jiva” is to help normalise lymphatic reflux.

The “Cardio” bracelet already enjoys a very good reputation. I would like to draw your attention to the following point: it is indicated on our bracelets that women should wear them most of the time on their left wrist, and men, on their right wrist. However, as far as the “Cardio” bracelet is concerned, although it is important to switch it from one wrist to the other, our left hand is considered to be more linked with the heart. Therefore, even if you are a man, remember to wear it for longer on your left wrist if you have issues with your cardiovascular system.

For a healthy digestive system, the best FSCs to use are “Key of Health”, “Key of Health-2” and “Balance”. For patients who suffer from diabetes, “Endovita” is a corrector that helps restore the healthy functioning of the pancreas. “Spring of Lamas” restores the working of the liver, and is effective in the treatment of cirrhosis and cancer of the liver, whereas “Hepavita” is another hepatic corrector which is most often used – along with the FSC-Bracelet “Vitabalance” – to treat the symptoms and effects of hepatitis.

I emphasise that FSC n°10 “Healthy joints”, can be very beneficial if you use it as it should be used, i.e. every day, especially for those who have deformed bones in their feet or intervertebral hernias.

For a healthy bronchopulmonary system, you can use FSCs n°5 “Rehabilitation” and n°19 “Anti-smoking”, “Extra ORL”, “Healthy Lungs” and “Allergy defense”. For children who are often ill, FSC “Extra ORL” can be effective, and it has an excellent track record. This Functional State Corrector works very well during the flu season and it is suitable for structuring inhalations, all liquid syrups, nasal and throat sprays, and so on.

Remember, too, that problems can be the result of negative emotions or psychological traumas that have affected you. It is for this reason that for nearly all illnesses, it is a good idea to add FSCs that will help solve your emotional problems to the FSCs that are recommended for the treatment of your physical body. In case of problems with the female reproductive system, I recommend using FSC “Love Formula Yin” and “Liberator”.

For a healthy male reproductive system, corrector n°4 “Man health”, “Nephritis” can be used. And for loosening the emotional state, FSC “Love Formula Yang”, “Black Mountain” and “Liberator” are suitable.

For a healthy thyroid gland, the best Functional State Correctors are thought to be FSC n°3 (for women), FSC n°4 (for men), “Yudek” and “Indi”.

I would just like to make a brief digression and draw your attention to the particularity of FSC “Indi” and its ability to improve the influence of other selected Functional State Correctors to enhance the functioning of certain organs in the endocrine system. This FSC works very effectively in conjunction with other Koltsov plates to solve problems in the body’s glands.

Here are some examples of effective FSC pairs:

FSC n°11 “Healthy lifestyle” can be used to treat addictions, it helps to cleanse the human biological field from the effects of negative programmes and eliminates fears.

The shape of an addicted person’s biological field (Aura) looks like a double hook.

When you hold FSC n°11 in your hands, and enter into harmony with it, triggering the energy of thanksgiving within yourself, with devices such as Kanod-3 and GDV, we can visualise how the human biological field is restored.